Piermont, New York boasts a mile long peninsula.  On the south side of "The Pier" is one of few remaining salt marshes on the river.  It is an area full of life, history and unique beauty with lots of great paddling.

The Official One:  Take Route 9W into Piermont (south off Exit 11 on the New York State Thruway).  Turn left at the light where you see signs to Piermont into town.  On the north side of the base of the pier is a stairway leading down to the shore.  This is an official put-in and is a nice facility.

My Favorite One:  If you like nature and don't mind a little mud, follow Piermont Road until it meets Ferdon Ave.  Just after the intersection on the south side, you will see a bridge over the creek and a small road leading into the woods.  Stop here.  You have to carry your boat down a short embankment into the Sparkill Creek and then go and park your car on the streets nearby.

ROUTES:  The Sparkill Creek is one of the few places locally that you can paddle your boat through a salt marsh at low tide.  Most marshes drain out almost completely, so this is a rare opportunity.    Look for Heron, Osprey, geese, ducks and even an eagle from time to time.  Stop and look for animal burrows in 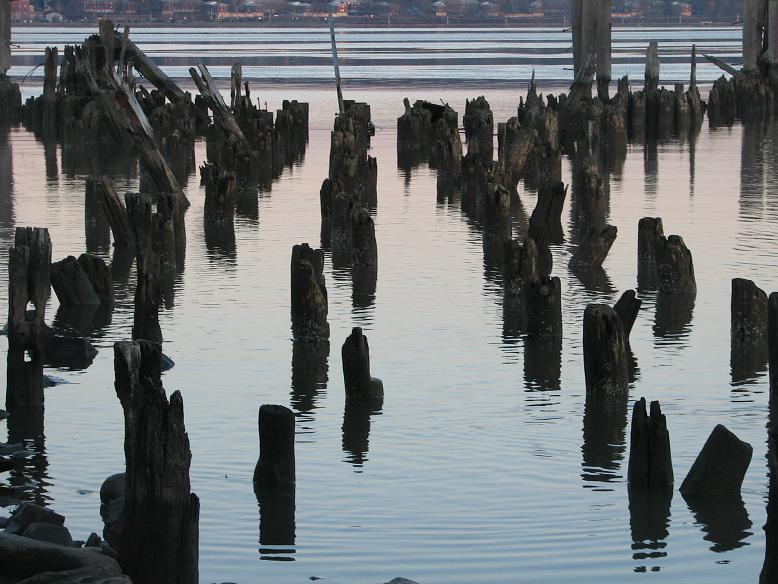 the root complex of the marsh at low tide.  You might be surprised at what you find.  There is are even a few old wrecks that appear when the water recedes.

While you are paddling, think a little of the history of this unique area.  The creek gets its name from the masts (spars) of the sailboats that came up this creek (kill) carrying Dutch settlers into the area as early as 1686.  Later, the boats carried George Washington, Alexander Hamilton and others to their headquarters in nearby Tappan.  When you reach the Hudson River, paddle out into the bay behind the pier.  Now turn around and look behind you.  British ships paused right here after the Revolutionary War had ended.  It was in this spot that they first fired their guns to salute the American Flag.  Now look further back in time along the route you came out.  See the split in the hills here that is now home to the Sparkill Creek?  What you sailed was once the bottom of the Hudson River, before the ice sheets came and carved the channel you are sailing now.  In fact, this entire area is a deep gorge in the Palisades cliffs that was carved by the Hudson River before the Ice Ages changed its course.

From here you can paddle out beyond the pier.  Turn north to the Tappan Zee Bridge, Nyack and beyond.  East takes you across the Hudson to good landing in Irvington, or travel south along the Marsh to Sneden's Landing and Peanut Falls in nearby Palisades Interstate Park.

NOTES:  The Native Americans called the Hudson, "the River that flows both ways."  Nowhere is that more apparent than in Piermont.  The eddy that forms behind the pier when the wind or currents kick up can be huge.  For paddlers this means that on rougher days usually one side of the pier will be calmer than the other.  If you are more comfortable on calmer waters, stay to the lee of the pier and enjoy your day.  Just remember:  the eddy line forms around the point of the pier.  This is the area where the slower water of the eddy meets the rougher, faster water of the main part of the river.  The waves that result can be tricky for the less adventurous.

The shipping channel is on the Westchester side of this part of the river.  If you are crossing the river here, watch for the green channel marker about a mile south-east of the Pier.  This one marks the west (Piermont) side of the channel.  The ships move quickly so take your time and watch carefully before you cross the channel. 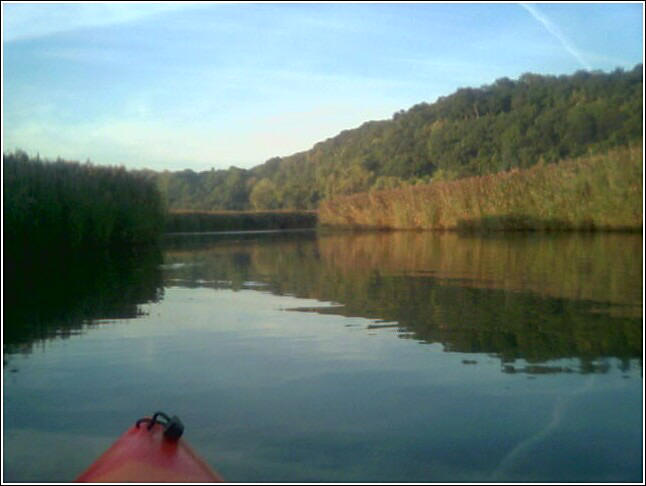