Long Island Sound has a shorter history than you might imagine.  Prior to the ice ages, Long Island Sound was probably a valley formed by one or possibly two rivers leading out to a very different coastline than the one we know today.

The ice ages changed all of what we now know as the northeast coast.  Ice sheets came again and again, pushing a wall of ro 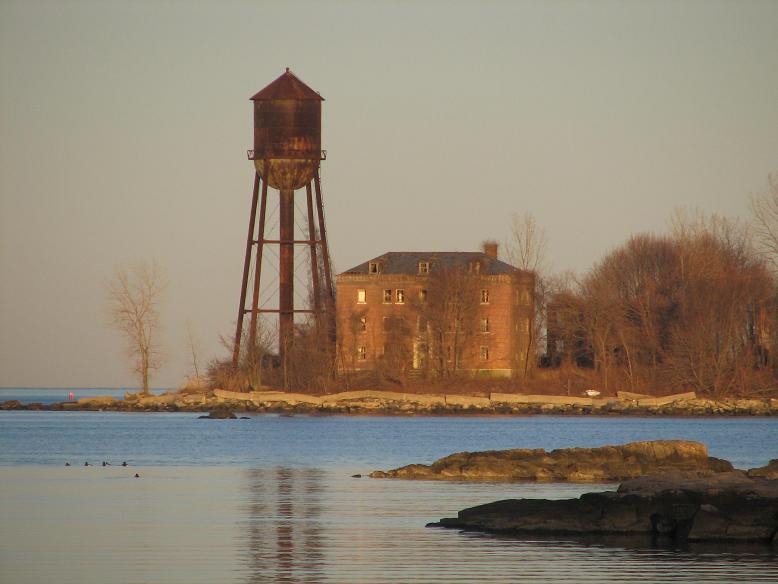 cks and debris ahead of them called a terminal moraine.  The Ice Sheets retreated from Long Island Sound for their final time about 20,000 years ago, leaving the wall of debris:  Long Island itself.  In fact, the forks at the end of the Island are two separate moraines formed by the repeated pushing and withdrawing of the massive ice sheets.  The process of forming the Sound, however, was not yet over.   The area first became a large freshwater lake formed by fresh water melting from ice sheets

1000 feet or more high as they slowly pulled back.  The sea levels were so far below the current ones that the sea shore was still almost 100 miles away.    The flooded area lasted for approximately 3000 years until it broke through a wall in the terminal moraine that is now "The Race" at the end of Long Island.  The lake drained into the sea still many miles distant but drawing ever nearer as water formerly trapped in the ice sheets all over the northern hemisphere returned to the oceans.  For at least 1000 years the area was free of water.  Finally, the sea began to approach from the south and water again filled the Sound, this time for good, about 8000 years ago.  By that time, Native Americans had been in the area for at least several thousand years.  They had a front row seat to watch the sound itself form.  The sea levels then stabilized enough for marshes to grow along the shore and the area at last took the form that we now know.

Many Native American groups inhabited the shores of what are now Westchester, Connecticut and Long Island.  The name "Connecticut," in fact, comes from a Mohegan word meaning "long river" or "long tidal river."  The first

European recorded to have reached the area was Adriaen Block, a Dutch navigator who entered the western part of the Sound in 1614.

Some of the islands in the Sound  have history of their own worth telling.  David's Island was once a Civil War Era hospital for injured soldiers.  Potter's Field, the New York City graveyard for burial of the indigent or unclaimed, final resting place for some 600,000 souls over the years, is on Hart Island.  F. Scott Fitzgerald set his most famous novel, The Great Gatsby, along the Sound and  Theodore Roosevelt lived along its shore in Oyster Bay.