The currents in Long Island Sound are very complex and variable.  They are SIGNIFICANTLY affected by wind and lunar cycles, so take care to both plan and change your plans as needed based upon what you observe as you travel.

Long Island Sound is open to the sea at two relatively narrow points:  The Race on the eastern end 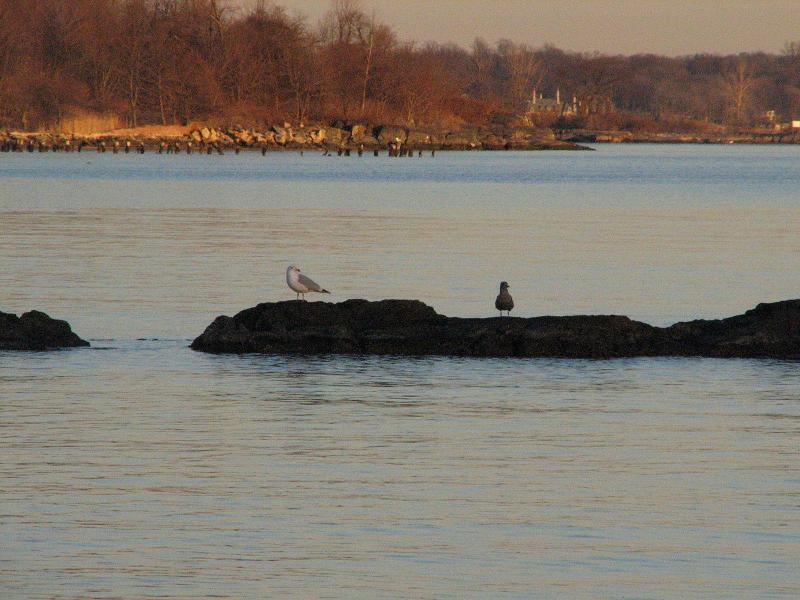 As the tide moves in and out, the current that carries it changes significantly.  The relationship between high and low tide and maximum current will vary depending on the location, but in general, expect the maximum ebb current to occur an hour or two after high tide, and the maximum flood current to occur an hour or two after low tide.  Take a look at the data for Throg's Neck, one of the inlets for water to Long Island Sound.  The current here turns around before high and low tide.  Maximum current is just after the high and low tide is reached.  The data for Stamford, Connecticut has the same basic pattern.

Current and Tide for Throg's Neck

Current and Tide for Stamford Connecticut

Neither current is strong enough to have much effect on a kayaker.  All are below one knot.  On the same day the currents at The Race are significantly stronger, reaching speeds over 2 knots.

It is important to remember that wind plays just as important a role for a kayaker as tidal currents.  As you plan your trip, factor in both wind and tides to get the most out of your day on the water.  Beware of tides at both The Race and the other inlet to Long Island Sound, Hell's Gate.  Both have significant currents against which you may not be able to paddle.  If you do find yourself fighting a significant current, you have some options:

Eddies do form in tidal currents just the way they do on rivers.  Look for them behind islands and points of land that jut out into the open water as shown below: