Long Island Sound is a fascinating place.  To begin with, it is both a sound and an estuary.  A sound is a narrow passage of water 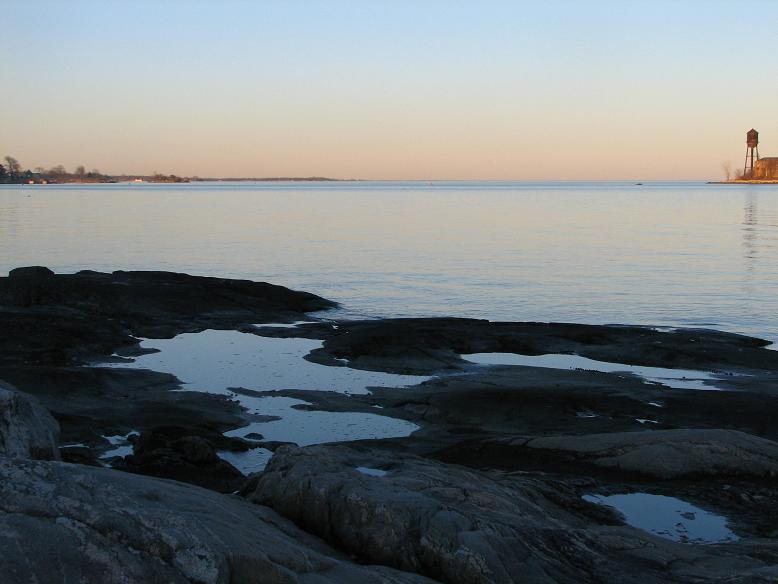 between an island and the mainland.  An estuary is a place where salt water from the sea mixes with fresh water from the rivers.  Long Island Sound separates Long Island from Connecticut and from mainland New York, making it a sound.  It also receives 120,000 gallons of fresh water every second from the many rivers that empty into it (the Thames, the Housatonic and the Connecticut rivers account for 90% of this water).   Most of the Sound contains much less salt than the open sea, making it an estuary.  The sound is one

hundred and ten miles long and twenty-one miles wide at its widest part.  Most estuaries, like the Hudson River for example, are open to the sea at only one end.  Long Island Sound is open at two ends:  New York City and the Race at the east end of the Sound.

Long Island Sound is heavily populated, with 5 million people living along its coastlines and 15 million living within its drainage basin.  Forty-four sewage plants empty directly into the Sound.  Its 95 miles of public beaches are regularly visited by millions of people each summer.

As an estuary, it is critical for marine life in the area.